Barrow Hill - The Dark Path, is set in Cornwall, back in the original setting, the now abandoned Service Station and Motel. The new buildings have started to decay, as nature starts to reclaim what was taken. The woods are growing, spreading their dominion. Was Barrow Hill cursed? Perhaps digging up the barrows (the ancient graves) was the start, or perhaps the 2006 archaeological dig, by Conrad Morse, stirred things up?

Or, do the supernatural events at Barrow Hill stem from a disturbance long ago? What's the real difference between archaeology and grave-robbing, especially when a body is involved? A body surrounded by priceless treasures! It's science: A trinket for a museum, something stunning for my mantle, or perhaps a gold cup for my cufflinks (See Rillaton Cup).

In true adventure spirit, Barrow Hill - The Dark Path suggests those 'borrowed' items are missed by the original owner, a 4000 year old Bronze Age shaman. Perhaps 'missed' is too subtle a word. If the precious objects were left as grave goods, they should have stayed in the grave. Or else they might come looking!

Thankfully, the bodies are safely under the earth, where they belong, not lumbering mummies hell bent on revenge. But someone may be about to change all that, someone who has started to dabble in the Dark Arts, the old ways, the lore of the land in all its natural power, subverted and used for dark purposes. Someone has disturbed the dead. Necromancy! Something that started off with good intentions has gone horribly wrong, on the Equinox no less. Something has been waiting, under the earth, waiting for a chance to seek revenge. A young girl, Mia Kendell, has been experimenting with magic, by following the Dark Path. Little does she know her actions are misguided, misjudged and potentially lethal!

In Cornwall, you don't have to look far to find signs of pagan worship, from the decorations around the ancient sacred wells, to the slightly creepy cairns that you'll find in the wild places where slate rock juts from the hills. Cornwall is one of the original 'Celtic Nations', made up of Scotland, Wales, Brittany and Ireland, and the Isle on Man. 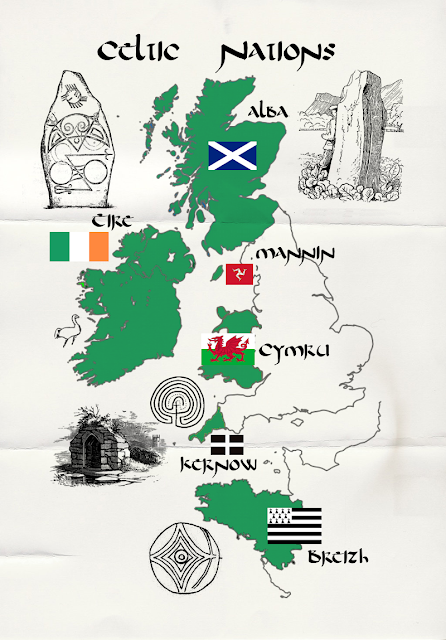 The old language of Cornwall, while not spoken as much as it could/should, is still evident in place names, surnames and the descriptions of the natural world. Standing stones, the ancient circles of the Bronze Age people, have been named, misnamed, renamed many times over.

I took DJ Emma Harry and fellow game developer, Jonathan Boakes, on a trip to North Cornwall, to visit some of the sites that have influenced The Dark Path. First up, Trewethet Mill and Rocky Valley, then St.Nectan's Kieve and finally  the druid woods at Golitha Falls.

Trewethet Mill is a wonderfully weird place, and a big influence on the new game - Barrow Hill - The Dark Path. It's an old mill, in utter ruins, perched alongside the stream at Rocky Valley, North Cornwall.

High outcrops of slate and volcanic rock loom overhead, creating a microclimate below. The valley is home to 174 types of moss, a few cool ruins and a cave or two. The ruins are in a crumbling, romantic state. The web states that Trewethet was a wool mill, but we saw evidence of broken mill stones, snapped in two, amongst the ever increasing bracken and brambles. A sign on the mill, see slideshow below, states that it is owned by 'The Celtic Trust', but I could find no mention online, except for football clubs(!).

It's a pretty spot, with most signs of the original use now covered with ivy, brambles and bind weed. Passing through, on our ramble, we started to notice signs: little slates with messages, a few cairns in the stream, coins poked in holes and ribbons tied to trees. There was no-one else about, just us and the babbling brook, and it felt genuinely quite eerie, like a scene from one of the creepier JHorror Shinto films. The fact that the trees, bushes and rocky ledges are decorated by people, a lot of people, it's weird to find no-one there; All the signs of pagan activity but no actual pagans, unless you count the moss men and invisible druids.

It is interesting to note that the mill, and nearby Rocky Valley, is a haven for pagans, wicca and nature people. Why? I think the setting, mostly, but there's also the 'Celtic labyrinths ', a pair of detailed mazes, carved into the cliff face. These are proper curios, which attract both archaeologists and New Age folk. Not always the best of friends, as seen in my previous Barrow Hill game ("Stop the Dig!"). 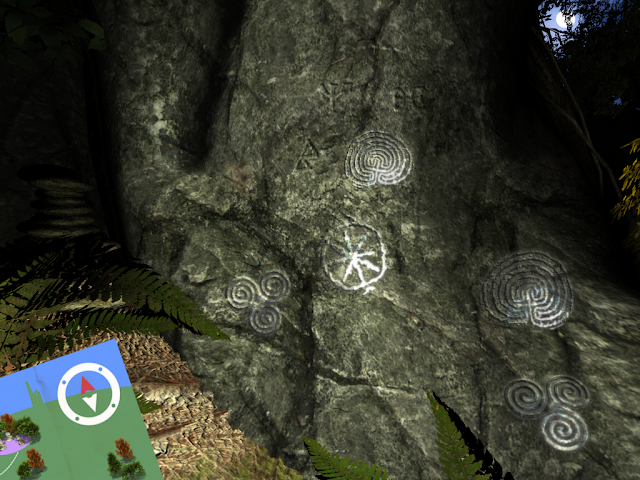 Carvings, like Rocky Valley's, are found across the Celtic and ancient world, from Cornwall to the Alps, Ireland to Spain, and beyond. It is possible to 'play' the games, carved into the rock, by tracing your finger along the ridges. The maze was no match for our group of seasoned gamers. Are the carvings a map, rather than a maze? Does some huge labyrinth of caves exist in the craggy cliffs of Rocky Valley? 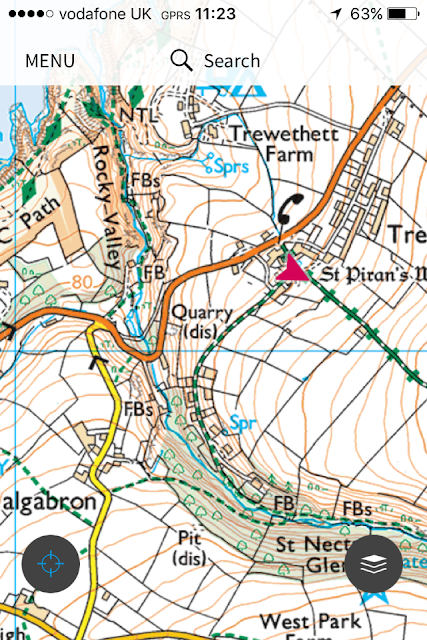 Next time: St.Nectan's Kieve and Glen, only a mile up the hill.