The last stop of The Dark Path Tour...

We stopped off at one of my favourite spots, Golitha Falls, on the Southern edge of the mighty Bodmin Moor. It's a mossy, wet, green place, where you half expect to see Yoda harvesting mushrooms or the Green Man himself, playing with a fawn. The trees are old, bent and fuzzy, supporting ferns and lichens on every branch. It's Mirkwood and Sherwood,and all the fantasy forests, with a few lurking horrors too.

Throughout the wood there are ruins, mostly industrial, but of an impressive size and scale to remind us of elves and dwarves from fantasy, or the tombs plundered by Lara Croft in Cambodia. It's the moss that does it. It's a sign of little disturbance and an abundance of moisture.

Elsewhere, frightful looking cages have been recently installed, to cover the old mine tunnels and pits. More of that, later, during Bracken Tor. ;-)

The forest as a place of magic and danger is found among folklore wherever the natural state of wild land is forest: a forest is a location beyond which people normally travel, where strange things might occur, and strange people might live, the home of monsters, witches and fairies.

The day had turned very damp and muggy by the time we hiked to the top of the hill above the falls. Earlier, Emma laughed at my claim that Cornwall was upgraded recently to a 'sub-tropical climate' (it never drops below 10 degrees Celsius in several places across the county).

"Really?! Umm, no!" was Emma's theory on the matter, but things were different at Golitha. The rushing water, the abundance of prehistoric plant species and the Spanish moss gave Golitha a 'rain forest' vibe, where the witches and fairies take second place to weirdness of the wild.
Creating and capturing the locations has been a challenge, with some new techniques employed to bring a dash of genuine Cornish magic to a retro point-and-click adventure.

3D scanning proved very useful for capturing stones and large monuments for use in-game, with lots used throughout the action as creepy Druid stones, cliff faces and ancient way markers. There's something very cool about taking a real world object and using it as set dressing, or even a  character, in the fictional world of Barrow Hill. The rocks are alive!

Texture has always been important too, especially when the world I am creating is right outside my door. This year has been a busy one, so far. Finishing off Bracken Tor, making The Dark Path, as well as taking part in several archaeological digs, from the stone circles at Minions, to unearthing the legendary castle of the King of Cornwall, at Tintagel. 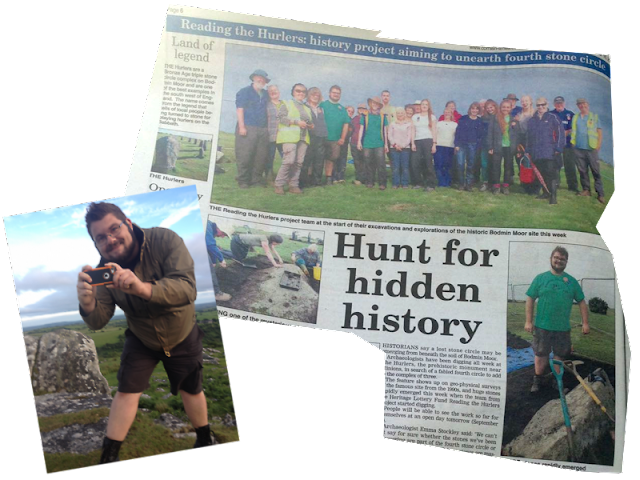 Archaeology is a passion and an interest, sometimes at odds with the New Age world, and pagan belief, but they are all represented in the new game. It's been a pleasure to create an anniversary sequel to Barrow Hill, exploring the themes of the first game in greater detail, with plenty of puzzles, crazy characters and a few 'BOO!' moments too.

A reconstruction of the Fogou at Boden, Cornwall, in the early Iron Age. The high angle reveals the extent of the enclosure ditch with int... 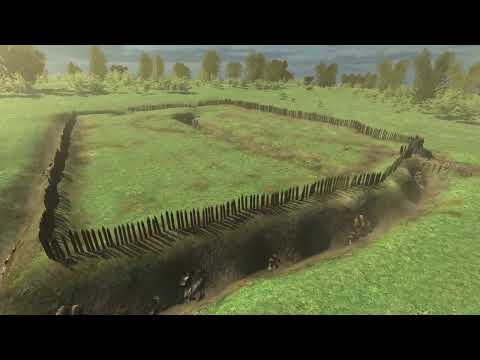