A walk out of Looe, through Kilminorth Woods.

Snow doesn't fall very often in Looe, which is a shame, because it looked very 'model village' from the top of the Downs, in West. 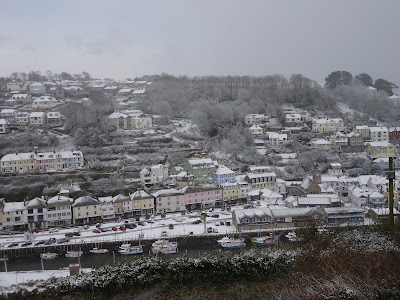 Kilminorth Woods is a good walk, in any weather, so a round walk taking in Watergate and returning over the top hills is always satisfying. Kilminorth is known for 'The Giant's Hedge', a large earthwork (mound) that runs from Looe all the way to Lerryn. It's not much to look at, appearing mostly as a slumped Cornish Hedge, but the woods are great. 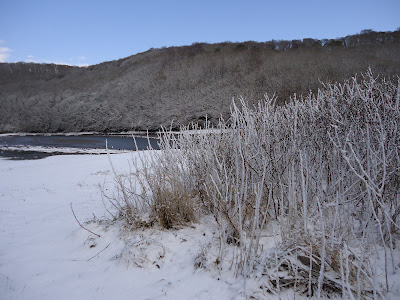 The flat area on the estuary is known locally as The Boat Yard, but there's no sign of the previous history, except a few rotting boats in the mudflats. There are signs of old jettys and water breaks, along the banks, and the old access road is trodden daily by dog walkers and explorers, and probably a few gamers too. 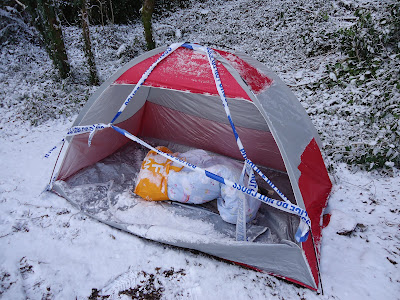 Just setting out, in to the woods, it was strange to see Looe has a new 'murder tent'. I've seen quite a few of these over the years. Hoax or genuine eviction by the law? Or was it the Beast? 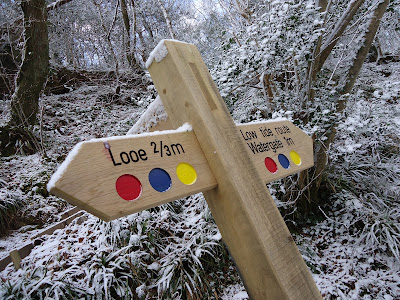 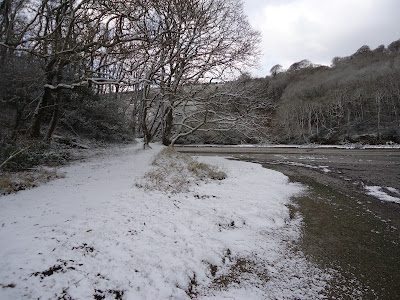 The low path continues along the estuary of the river, which is great for bird watchers. Egrets, Heron, Buzzards, Oyster Catcher and Black Headed Gulls today. No Kingfisher. :-( 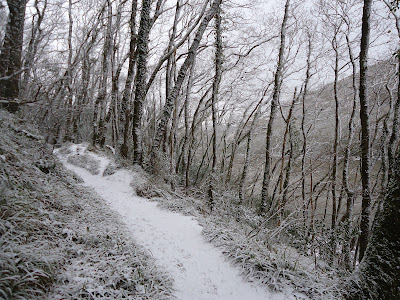 The paths were a total bog of claggy soil last week. I prefer the rock solid version. It was untrodden snow for most of the way, which was nice. 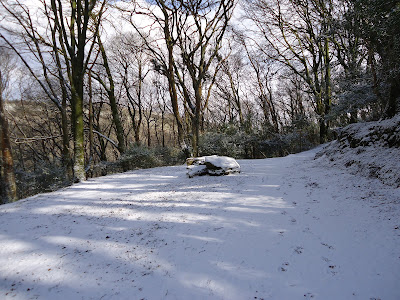 Curious big rock, at the end of the woods, at Watergate. A bit of unbroken rock for walls, buildings? The main track through the woods was a lot more lively in the past, with regular foot and cart traffic from Trelawny Mill and Manor, to Looe, and there abouts. 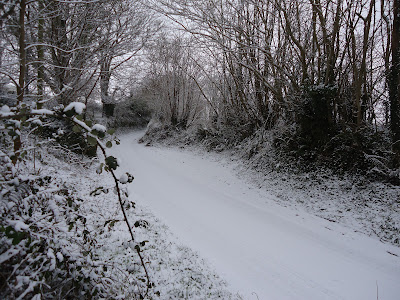 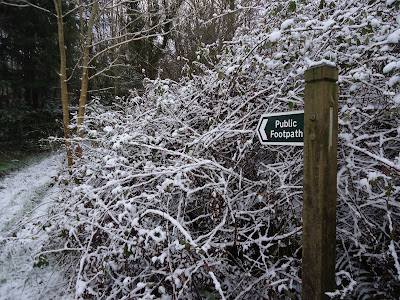 The long  winding lane from Kilminornth, up the hill, was nice and white. I filmed the Intro Sequence to The Dark Path down this  bit of road. Weird with no ferns, or Shamanic witches. Too chilly. 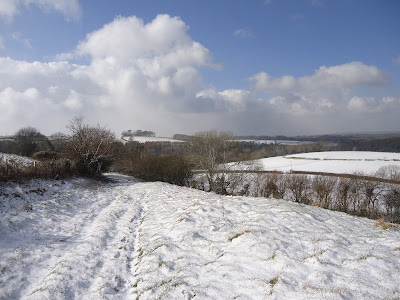 A bit of sun in the top fields, that connect Kilminorth back to civilisation in Looe. In all honesty, it was blowing an artic gale and felt bitter. It's funny how somewhere can go from 'spring has sprung' to frigid and monochrome. 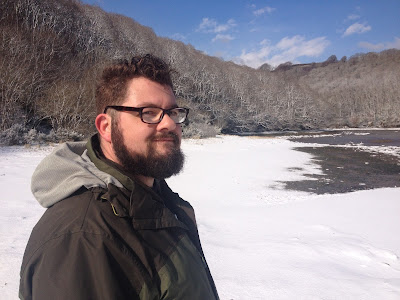