After several years, the results of the Reading The Hurlers project are presented tonight at Carnglaze Caverns, Cornwall.

The project was a combined Archaeology and Geology study on Bodmin Moor, featuring the 3 Hurlers stone circles and a potential 4th circle which was investigated during the 2016 Archaeology dig.

Here is a 3D scan of Trench F from the Archaeology dig where we uncovered a key stone, potential packing material and a pit where this stone was most probably stood upright long ago, in addition to a fabulous flint arrow head.

The geological survey of the moor stone aimed to profile the area’s granite with the ultimate goal to try and identify the sources of granite which the standing stones of the Hurlers were quarried from. Were circles built from material from different locations, and in what order? How far did ancient man move the stones that form the Hurlers and other surrounding sites?
at May 26, 2017 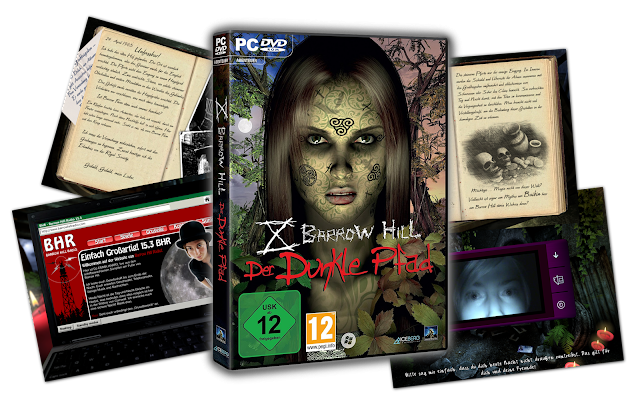 
Barrow Hill: The Dark Path is released today in German, both as Digital Download and Boxed DVD-Rom. The Game has fully translated text and subtitles throughout. 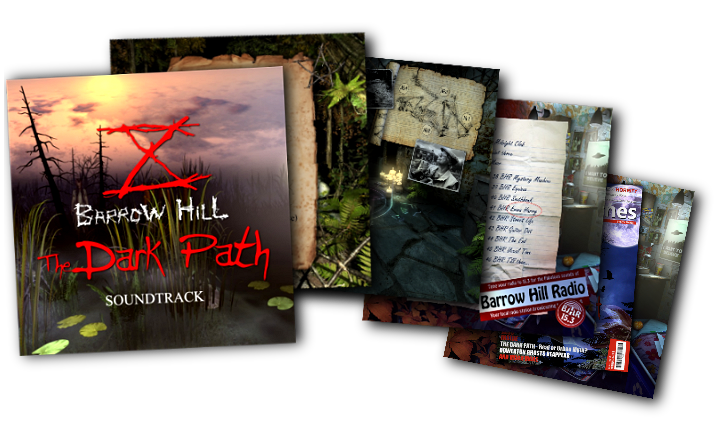 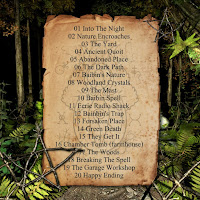 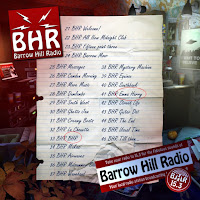 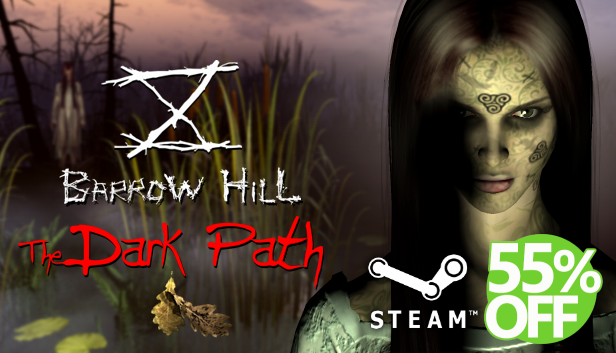 Follow the Dark Path into a world of Druidic lore and Celtic myths. It is the Autumn Equinox on Barrow Hill, a time of great power, when the ancient standing stones are at their most powerful and dangerous. You have one night to make the offerings, follow the Dark Path and escape Barrow Hill. 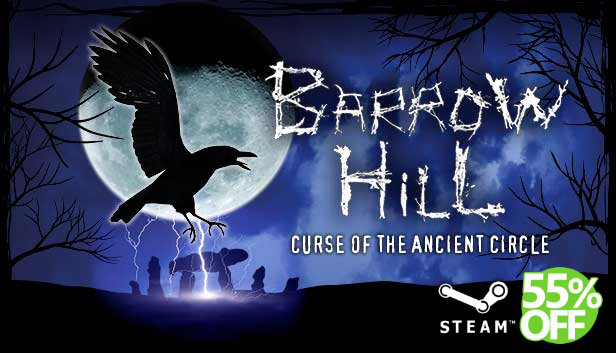 Barrow Hill: Curse of the Ancient Circle - 55% off Steam Sale

Somewhere deep within the woods of Cornwall, a timeless force is stirring. Unseen beneath the ancient burial mound, known locally as Barrow Hill, a forgotten myth awakens. Use archaeology to discover that the barrow is more than just a collection of forgotten standing stones.

Exploring the Black Mountains and the Vale of Ewyas


Exploring the Black Mountains and the Vale of Ewyas

Snuggled between England (Offa's Dyke borders one side of the valley) and the Brecon Beacons of Wales, the Vale of Ewyas has a handful of hidden treasures worth seeking, especially if you don’t mind a good climb.

The 12th Century priory at Llanthony is like an Elven ruin; pale stonework and delicate tracery, in a beautiful setting, constantly buzzing with bird life. The Priory struggled, throughout history, as the egger monks failed to convince the heathen mountain men (grrr!) 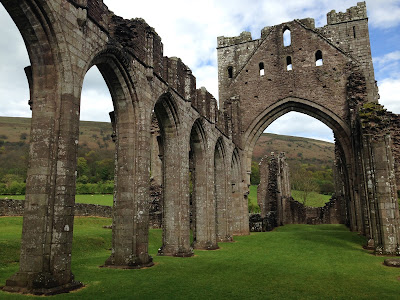 Llanthony was forgotten long before Henry the 8th sacked the monastic system of Briton. It was also home for the night, which was fabulously spooky, and my fellow explorer Jonathan will have more to say on that soon, as it is the setting of a classic ghost story. 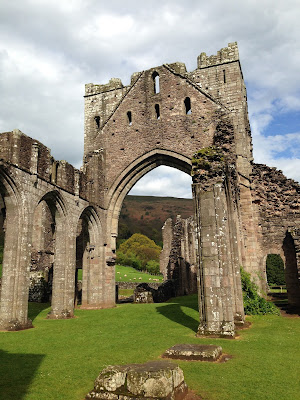 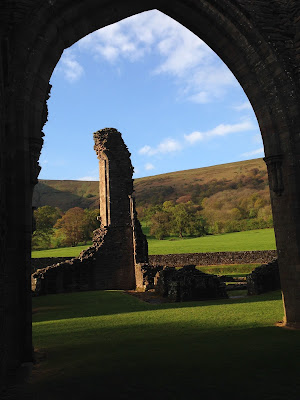 Setting out: The main planned walk of this Welsh trip was to climb Bâl Mawr, one of the hillsides that tower over the priory, sulking on a gloomy day under the clouds. It’s a steady climb from the Priory, roughly west and mostly upwards. It is easy to get disorientated when the fog rolls in, or in this case  the clouds descend, making landmarks and waypoints essential to not get completely lost! Our destination was the rather uninteresting sounding ‘Pile of Stones’ on Bâl Bach. But, I can admit to some relief at seeing the ‘arrow head’ loom up before us. 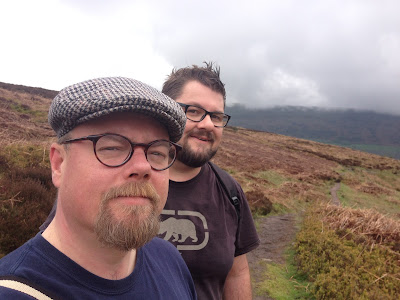 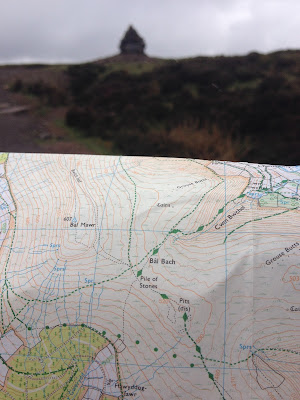 After adding a couple of stones to the pile, the  plan was to walk along the top ridge, Northwards, to a trail which would wind down into the Vale and the village of Capel-y-ffin.

On the way we found a few interesting locations, all videogame worthy, such as The Druid’s Table a collection of huge rocks seeming to remain in situ thanks to the firm grasp of the oak tree above. If ever there was a place to sacrifice a lamb, this would be it. I didn’t. Somebody already had!! 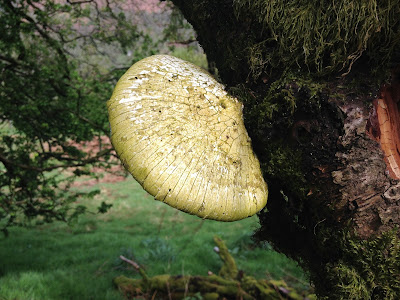 Lots of large bracket fungus; really old too, this one had moss growing on it! It’s a miracle it has survive the harsh landscape and wiccan foragers. I’m guessing the local Witches go to the nearest supermarket instead. 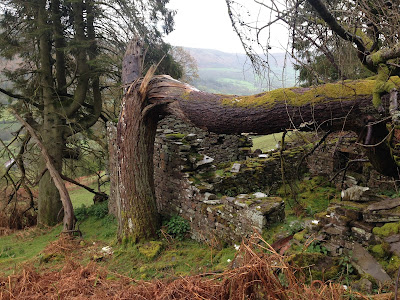 The fauna of the hillside changes with the altitude; horsetail, bracken, heather and moorland grasses give way to lush green fields, clearly cultivated 1000 of years ago, mostly for the grazing of sheep. 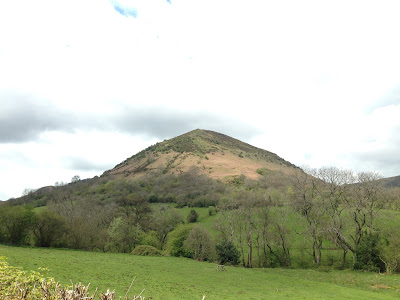 The ‘villiage’ of Capel-y-ffin is a funny place, mostly one big house and a very cute chapel. The Afon Honddu river tumbles along beside the chapel built in 1762, replacing an earlier 15th-century structure. For a moment, the sun came out, so we took a rest and stopped to eat our baps. All felt well with the world after the glowering dark mountains. 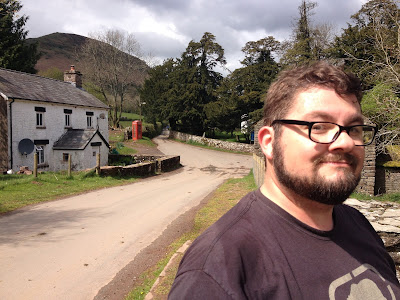 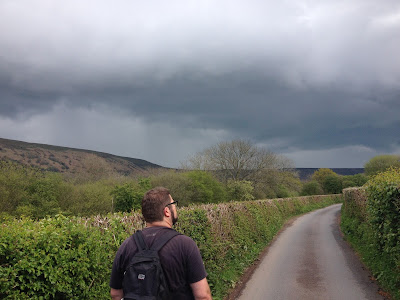 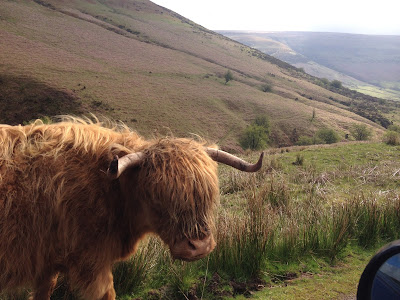 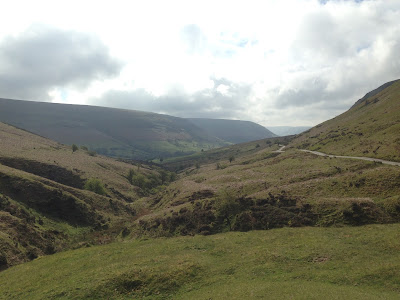 A productive trip, a chance to get away and capture lots of new textures, 3d mapping and recording sounds for future games. With my plan to move into 3D by the end of the year, building up a good new collection of textures and shapes will help create some fantastic realistic landscapes.